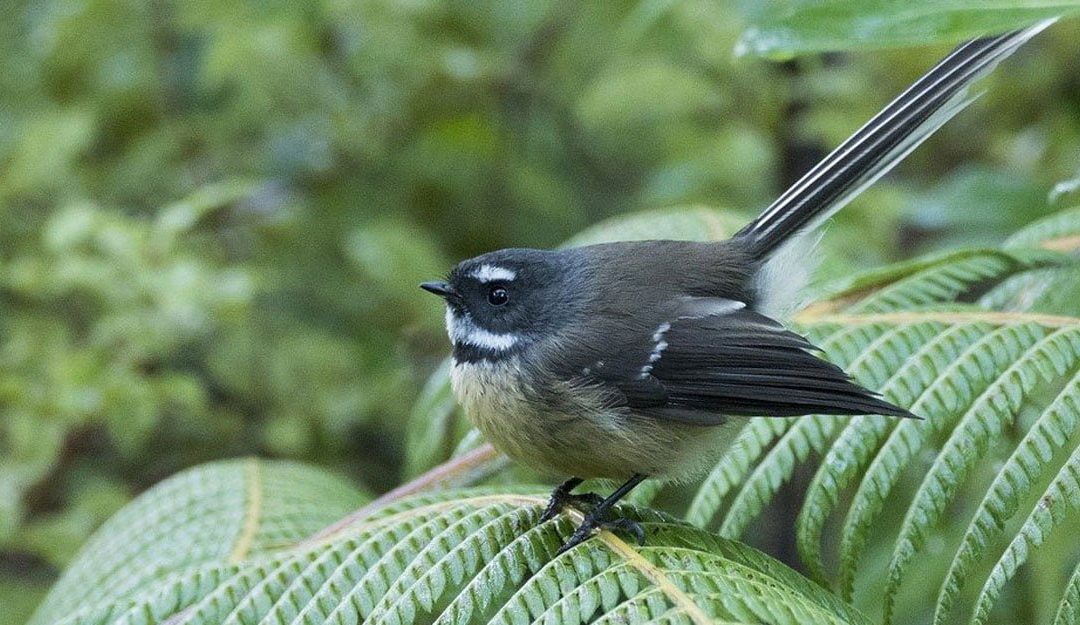 I Welcome Them All

When I wake in the morning, it is not only the light that greets me, calling me to get up and moving but also the daily chorus of bird song. As we have planted more trees and undertaken trapping of pests, this chorus of bird song has grown in volume and variety. It now takes a heavy sleeper indeed to doze through it.

Over morning coffee, I watch small groups of Starlings busily foraging on the lawn for grubs and beetles. Doing the job that nature designed them to do so well. They are making a comeback now after the devastation that DDT made to their numbers.

Joining them are the odd Blackbird and Song Thrush, also on the lookout for insect titbits.

As I sit in my chair on the deck, a curious male Chaffinch hops over to investigate. He will stay at a safe distance but give all that is happening a good look over—such a handsome small bird.

The Welcome Swallows are back. A pair investigate the site of previous seasons nests – in our patio rafters! While I love watching the way the Swallows effortlessly twist and turn in their flight as they hunt flying insects, the mess they leave below any rafter nests is not welcome. I am afraid that an eviction notice has had to be issued—no more rafter nests.

Small numbers of the ever-present Sparrows just quietly keep an eye out for the main chance. Preferably some crumbs off the table, or leftover grain that the ducks have missed. Later in the day, the ducks will start demanding attention when it is their turn to be fed.

Down in the paddock, the Guinea Fowl have started up their noisy din, their loud cries echoing up to the house. I wonder what they on about today?

Suddenly there is the distinctive sound of Tui in flight. Early European settlers called these handsome avians, Parson Birds after their black (actually more of a beautiful iridescent blue/black) plumage, highlighted by the white bib situated under their throats.

Three fat Kereru, or wood pigeons, have decided to settle on the slender branches of a Parrotia tree. The branches bend dangerously under their uncaring weight. They are only visiting for a short time as they make their way to feed on the flowers and new growth of Tagasastae and Kowhai trees.

A pair of Piwakawaka, or Fantails, are flitting about, performing quick aerial aerobatics as they pluck unlucky flying insects out of the air. Later they will follow people, hoping the disturbance will startle other insects into flight.

Settling into the big old Silver Birch tree, several Magpies have decided to join the party. Their codoodle doodle calls have been heard on and off since before dawn. Kahu or the Harrier Hawk decides to loft overhead and check out proceedings. The Magpie gang will have none of that, dive-bombing and hassling Kahu, seeing him on his way. Unfortunately, especially at nesting time, humans are also often the target of this extreme territoriality. More than one cyclist or horse rider has felt the impact of a dive-bombing Magpie on the back of their helmet.

Occasionally I hear the harsh kee kee call of Karearea or the Bush Falcon. For a few seconds, the close proximity of this fierce predator drives all the other birds to silence. But not for long. Soon the chatter, chirps, squarks and squeaks resume.

Down in the paddock, several Pukeko or Swamp Hen have taken up residence. They are a new arrival, and while common in many parts of New Zealand, this is the first time we have had them continuously on the property. Pukeko have a mixed reputation. They can be a menace to the chicks of other birds and do love pulling out young plants in vegetable gardens. I have put them on notice that good behaviour is a requirement of staying.

Many of these birds that frequent our land are not native, let alone endemic, to this country. However, like us humans, they have thrived here. They have found niches that work for them in what is now a heavily modified landscape.

As I drink my coffee, I say, “Good Morning”, and welcome them all.

Sign up for River Valley’s monthly newsletter to keep up to date with the latest blogs, events, promotions, and most importantly the adventures.

Hobbies and Interests: Kayaking and drinking

Anything Else:: Yeah, nah.

Favourite thing about working at River Valley: Being a part of something that gets me out of bed and motivated every morning. Something I feel passionate about. Still finding joy in being out on the river, especially wilderness overnight trips, and safety catarafting and doing photos over the winter.The opportunity to be creative. Greatest work memory: There are no single ones. A mix though of working with some really good people, and being able to visit some beautiful places (on a regular basis)

Hobbies and Interests: Family, writing, photography and video, catarafting. Still like to be up with the play on current events, and have not lost the interest in history. NZ Warriors fan (Rugby League)

Years working at River Valley: Since 1986

Extra Comments: Encouraging people to get outside their comfort zones, whether on a horse or on the river, can for some people be life changing. Another world opens up to them – a more natural world. Seeing this happen can be immensely rewarding. Is known to comment after some high water cataraft trips – “Sometimes it’s just good for the soul to go and get scared shitless!”

Speaking Engagements: Periodically Brian is available for speaking engagements. His subjects (amongst others) include:

Rafting or Horse Trekking Guide: Used to be on the river

Background: No triple degrees in classical Greek. I have bother trying to write this. Brought up out here in the country and just don’t want to leave. My teacher and classroom has been sitting out in the hills and mixing with people from all walks of life who come here from all around the world. This has triggered a lot of thinking from within myself.

Favourite Music: Into all sorts of music. Anything that helps to free us up and touch the deeper spots. My latest project has been reviving the old dual piano combination that I used to have with my old mate, wife Robin, and jamming together again. You can listen to our rendition of “Green Door” by clicking here

Favourite thing about working at River Valley: There is a good spirit here and it’s great relating to people in that atmosphere. It should be like this all around the world.

Greatest work memory: This is a tough one when I find it difficult to remember what I had for breakfast this morning. I’ll have to pass. There are just too many good memories.

Hobbies and Interests: I have a little mission – just a small project. Working from my multi media studio I’m out to change the world! It looks as though no one else is going to do it so unless I do something its not going to happen and we’ll all go down the tubes! I’ve discovered that we are all carrying around the answers to a whole new world within ourselves, but we rarely ever go there. That’s what I am promoting.

Years as a Guide: It’s so long ago I can’t remember

Years at River Valley: Been here a very long time

Anything Else:: I feel that in spite of the fact that many things around the globe are reaching a crisis point we are at the brink of breaking into something that will prove to be very wonderful – amazing! And we’ll look back and think what bloody fools we have been when this has been sitting right under our noses for centuries. I hope to be around to see this happen. I think I will!

Background: Came to live at River Valley at 2 years of age, when my parents had our family farm here, which backed on to the Rangitikei River. 20yrs later River Valley was born and have been with it from that time. Have a triple degree in being a Mum and Mamma, 3 daughters and 3 granddaughters.